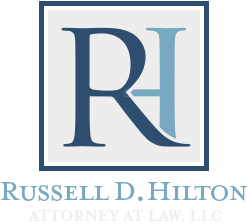 Call for a free case review ARE YOU FACING DUI CHARGES?

Maybe you had a few drinks, thought you were okay to drive, and never anticipated being charged with a DUI. Maybe you didn’t have any drinks at all, but an overzealous police officer decided that you appeared to be intoxicated.

A DUI charge can happen to anyone. According to the South Carolina Law Enforcement Division (SLED), there were 17,781 DUI arrests statewide just in the year 2015. A large number of those DUI arrests were in the Berkeley, Charleston and Dorchester County, and they include people from all walks of life.

Local law enforcement know that their towns are filled with tourists, college students, and a thriving nightlife, and they routinely set up DUI checkpoints in an attempt to catch people driving while under the influence.

i can help you with WHY YOU NEED A DUI LAWYER

Unless you’re comfortable fighting a war alone against trained prosecutors and law enforcement with all of the power and resources of the State behind them, you need a DUI lawyer that routinely represents people in Summerville, Moncks Corner, Goose Creek and Charleston.

What should you not do if you’ve been charged with a DUI in Berkeley, Charleston or Dorchester County?

Do not attempt to represent yourself.

Although everyone has the right to represent themselves in any SC court case, you have too much at stake here. If you were going into battle against a trained soldier equipped with the best gear the government could buy, you would not step into that arena alone unless you had the same training and the same equipment as your opponent.

Even trained, competent attorneys will look for the best DUI defense attorney that they can find when they are charged with DUI. “Only a fool represents himself” is a phrase that I have often heard repeated by attorneys who have found themselves in court as defendants.

Do not hire an inexperienced attorney for your DUI case.

Many times, I have come across people who assume that I know all about real estate law because I am an attorney. I may be familiar with the basics, but I am not an expert in real estate law simply because I have a law degree.

Similarly, a real estate attorney who does not regularly defend DUI cases is probably not going to have the experience and skill needed to effectively represent a DUI defendant. They can, but it is not recommended. DUI defense is one of the more complex areas of criminal law in South Carolina, and attorneys will only become proficient in DUI defense through constant study and trial practice.

You need a DUI defense lawyer who is familiar with the huge volume of statutes, caselaw, and regulations that make up SC DUI laws. You need a DUI lawyer who knows how to use that knowledge to get your case dismissed or to win your case at trial.

What’s Required to Be Charged With a DUI in Summerville, Moncks Corner, Goose Creek and Charleston?

A DUI conviction requires the state to prove beyond any reasonable doubt that 1) you were driving, 2) while intoxicated, 3) to the extent that it materially and substantially impacted your ability to drive.

A DUI arrest only requires probable cause that you were driving under the influence. If a Charleston police officer feels that there is enough evidence of intoxication, they will take you to jail. Also, every thing that the officer does from the initial contact until the moment the officer leaves you at the jail is carefully calculated to gather the necessary evidence of intoxication.

How do Police Gather Evidence in a DUI Case?

A DUI case usually begins with a traffic stop. The officer will ask for license and registration and, if they suspect that you have been drinking, they will almost always initiate a conversation about it with “how much have you had to drink tonight?”

If the officer thinks you may have been drinking, they will ask you to step out of the vehicle to perform roadside field sobriety tests including the horizontal gaze nystagmus (HGN), walk-and-turn, and one-leg-stand tests.

If the officer determines that you are under the influence, they will then handcuff you and transport you to either the jail or the police station for a breathalyzer test or, in some cases, to the hospital for a blood test.

What Kind of Evidence Will I See at My Trial?

The officer will testify as to how you performed poorly on the field sobriety tests, and, unless you refused to blow, your breathalyzer result will be used as evidence at your trial. If they took a blood sample from you, a toxicologist from SLED will testify about the results of the

When people are facing DUI charges they want a local DUI Lawyer in Summerville, Moncks Corner, Goose Creek or Charleston who is familiar with local procedures, courts, prosecutors, and police. They want an experienced DUI defense attorney who can maximize their chances of getting their case dismissed or winning it at trial.

When people are facing DUI charges they want a local DUI Lawyer in Charleston who is familiar with local procedures, courts, prosecutors, and police. They want an experienced DUI defense attorney who can maximize their chances of getting their case dismissed or winning it at trial. WORK DIRECTLY WITH YOUR ATTORNEY

Russell has personally handled thousands cases ranging from simple possession of marijuana to murder. He will not pass your case off to another attorney and he will be there with you at every stage of the process.

Attorneys say that we “practice law.” That’s because the law, and DUI laws in particular, are always changing and because it takes constant practice to maintain the level of competency needed to effectively represent a person. You don’t want a newer attorney to “practice” on your case. You need a DUI defense lawyer that has the experience to competently advocate for you and maximize your chance of getting your case dismissed or winning at trial. One of the top complaints that people have about their attorneys is lack of communication. Although your attorney may be in court when you call, Russell D. Hilton has people and systems in place so that no email or phone call is ever missed. He will always return your phone call or respond to your email.


People call Russell D. Hilton when they understand what’s at stake in a DUI prosecution and they want to: time, Mr. Hilton phoned me back on Sunday after I had left a message for a return call late Saturday. Explained all options and possible out comes prior to court. Then in court he negotiated an outcome that I would never have been able to achieve with out his representation. Thank You, FW

Mr. Hilton’s years of experience as a local county prosecutor served me very well when I was in need of representation. This, along with his thorough legal research and familiarity with local magistrates and law enforcement officials, led to acquittal. Mr. Hilton’s able professionalism and wits are worth.

We’ll discuss the details of your case privately and confidentially, and based on your situation, we will quote a fee for the representation.

3. Decide to Work Together

HOW CAN I HELP YOU?

Get a free case review 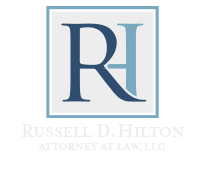 **The Rules of Professional Conduct require disclosure that this is a "Testimonial" about the attorney. Please be aware that any result achieved on behalf of one client in one matter does not necessarily indicate similar results can be obtained for other clients.

**This website is meant to provide meaningful information, but does not create an attorney-client relationship. As each legal issue is unique, please consult with our firm prior to relying on any information found on this site.** by Russell Hilton