What goes into a Prosecutor’s Recommendation? Let’s go through an example. Defendant is charged with Burglary in the 1st degree for breaking into someone’s home and taking a television at night. He has a prior offense on his record for Receiving Stolen Goods that happened 4 years ago and a DUI that he was convicted of 6 years ago. For burglary in the first degree, the sentencing range would be from 15 years in prison to life. It’s considered a “no parole” offense and the defendant would have to serve at least 85% of the given sentence prior to being eligible for community supervision. What does the Prosecutor look at to make a recommendation?

This is what matters the most in terms of the prosecutor’s recommendation. For example, in our scenario, if the facts are that the defendant broke into the home of an elderly person while he or she was home and stole the television, the sentence recommendation is going to be quite different than if the charge was for breaking into an ex-girlfriend’s house to get back a television he wrongly believed was his.

2.  Ability to prove the case

A case that is a “slam-dunk” for the prosecutor doesn’t leave a lot of room for negotiation. However, a case where the identification is shaky and witnesses aren’t cooperating makes for easier negotiations and likely a lesser sentence recommendation.

The next predominant consideration is the prior criminal record of the person. In this scenario, there is not much of a prior record. If there is no record, the chances of getting a favorable recommendation are much greater.

If the prior offense was 15 years ago, the prior is not going to weigh as heavily as something that happened last year.

What does the victim expect as far as sentencing? Do they want blood? Or will he or she be satisfied with probation? Generally the victim’s opinion will just be one factor to consider. However, it can have more or less weight depending on the other factors. For example, if a victim is wanting a life sentence (in our example) for someone who has no significant prior record, then the victim input would not be given much weight in that it may be considered to be unreasonable.

The prosecutor may have more of an issue with “gun” crimes as opposed to run-of-the-mill drug offenses. The elected prosecutor’s policies can greatly affect what recommendation will be made.

Input from the arresting officer can both positively and negatively affect a recommendation. For example, an officer who calls the prosecutor and says the person was helpful in the investigation and cooperated is likely to get some credit for that. However, as a side note, there is a time and place for cooperation with police in their investigation. This is where your criminal defense attorney can negotiate ahead of time instead of risking whether your cooperation will be helpful to your case or ensure a conviction.

9.  Any other factor that is relevant

The factors above are the main factors, but the list is by no means exclusive. Any factor that is either positive or negative on your case can and likely will be considered. Some examples of things that are helpful are ongoing drug treatment from the time of the offense; continued counseling and professional care; remorse; etc.

There are so many factors that go into the negotiations between the prosecutor and the defense attorney that no one can tell you what a sentence will be prior to you getting sentenced by the court. A criminal defense attorney will sit down with you and go over your case prior to you deciding whether to hire them. Make sure you do that in order to get a grasp on whether your attorney has experience in criminal practice. Your attorney cannot tell you what the sentence will be and if he does, it’s a good indicator that the attorney is inexperienced in the area of criminal defense. He may be able to tell you what the usual recommendations are for a similar offense in the area and he will certainly be able to tell you the maximum possible sentence.

If you’ve been charged with a criminal offense, contact us today to schedule an appointment for a free consultation. 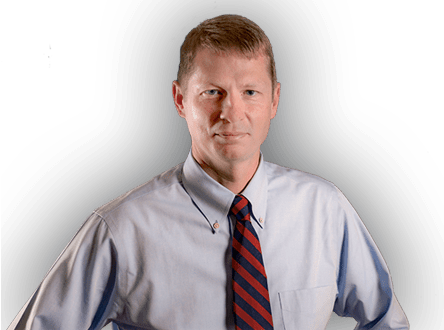